Messier 30 (M30) is a globular cluster located in the southern constellation Capricornus. The cluster lies at a distance of 27,140 light years from Earth and has an apparent magnitude of 7.7. It has the designation NGC 7099 in the New General Catalogue.

Messier 30 is invisible to the naked eye, but can easily be seen in 10×50 binoculars. It appears as a slightly elongated hazy patch of light about 4 arc minutes across in binoculars, and makes an even finer target for small telescopes. The cluster can’t be resolved at low power and its stars are only revealed by 4-inch and larger instruments. 8-inch telescopes will show a bright small core and the cluster’s large halo. The best time of year to observe M30 is in the summer months.

Messier 30 occupies an area of 12 arc minutes of apparent sky and has a dense core about 0.12 arc minutes (7.2 arc seconds) wide. It is a class V globular cluster, which makes it fairly dense, and has an overall spectral type F3.

The cluster is not very easy to locate as Capricornus is a relatively faint constellation, especially for observers in northern latitudes, where the celestial goat never rises very high above the southern horizon. Capricornus lies southeast of Aquila and east of Sagittarius.

M30 is located just a few degrees to the southeast of Marakk, Zeta Capricorni, a binary star system consisting of a fourth magnitude yellow supergiant and a white dwarf. 41 Capricorni, a magnitude 5.2 star, lies just to the east of the cluster, making it easier to find in finderscopes. 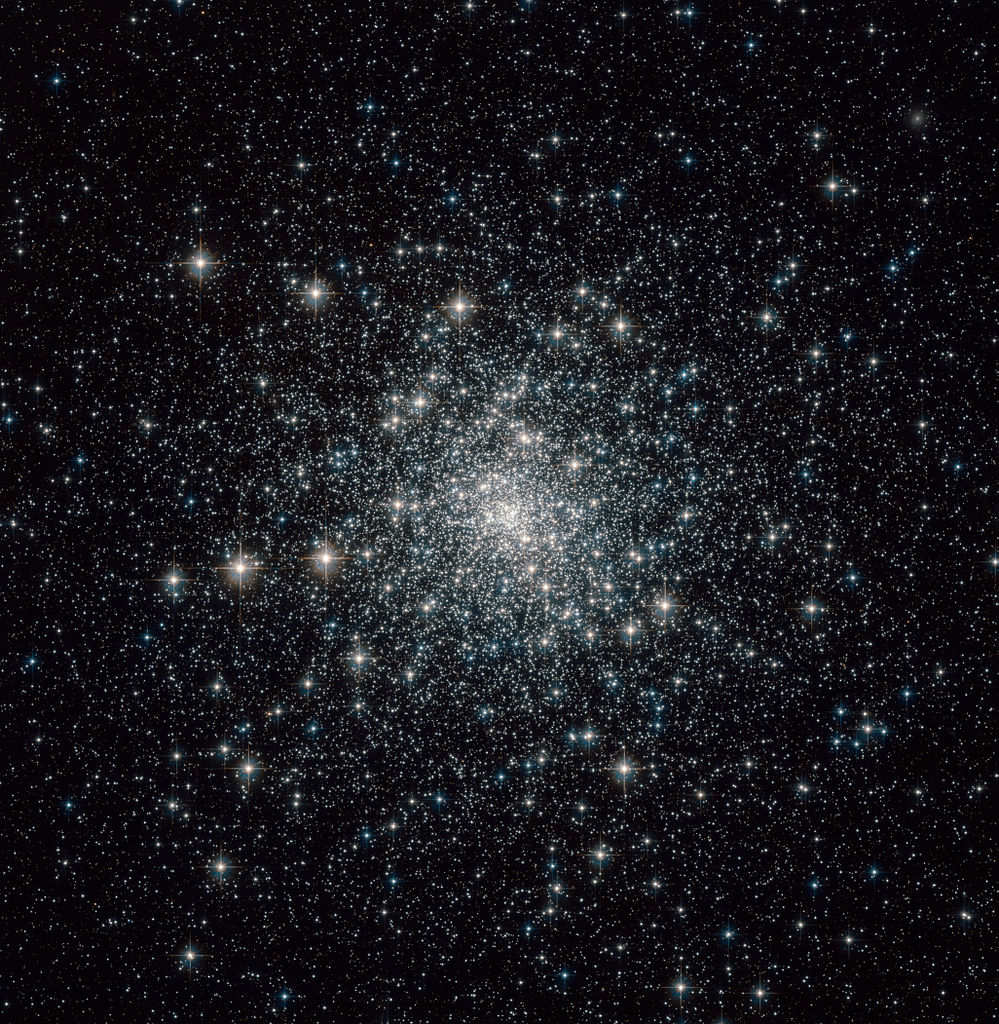 This brilliant image of Messier 30 (M 30) was taken by Hubble’s Advanced Camera for Surveys (ACS). Messier 30 formed 13 billion years ago and was discovered in 1764 by Charles Messier. Located about 28000 light-years away from Earth, this globular cluster — a dense swarm of several hundred thousand stars — is about 90 light-years across. Although globular clusters such as this one are mainly populated by old stars, the crowded field of stars leads to some old stars apparently reclaiming their youth in the form of blue stragglers. Researchers using data from Hubble’s now-retired Wide Field Planetary Camera 2 (WFPC2) have identified two types of blue stragglers in Messier 30: those that form in near head-on collisions with one another and those that are in twin (or binary) systems where the less massive star siphons “life-giving” hydrogen from its more massive companion. Image: NASA/ESA

Messier 30 is about 93 light years across, with the core region spanning only 0.9 light years. However, the cluster has a large tidal radius, a region beyond which member stars cannot escape, which spans 18.34 arc minutes, or 139 light years in linear diameter. 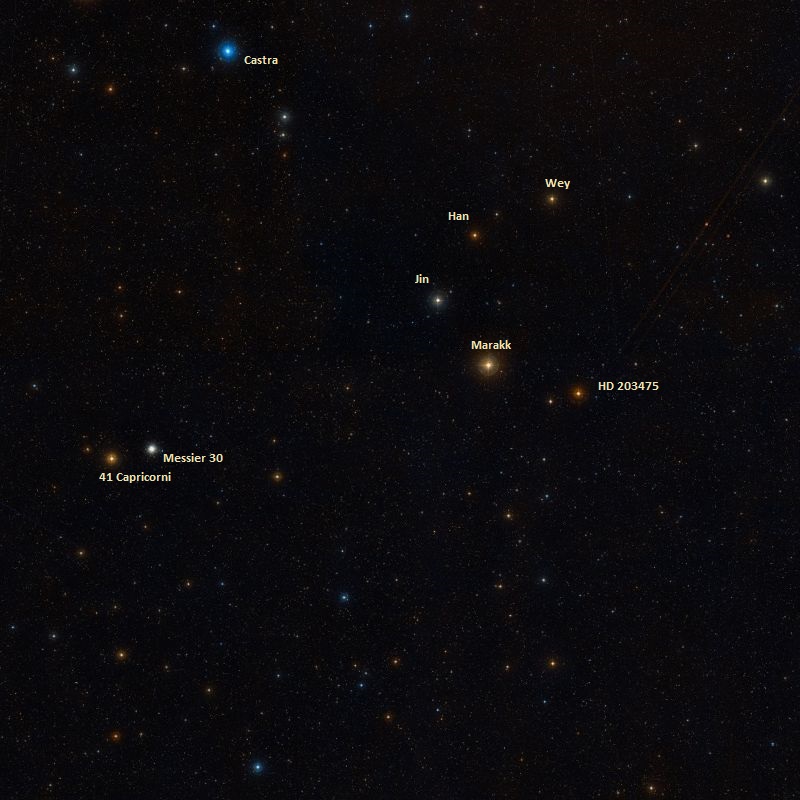 Messier 30 may originate from one of Milky Way’s satellite galaxies, as it moves in a retrograde orbit through the galaxy’s inner halo. 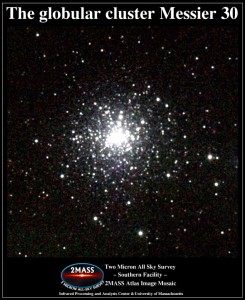 Like Messier 15, Messier 70 and possibly Messier 62 and Messier 79, M30 has undergone a core collapse and, as a result, it now has a dense concentration of mass at its core and is one of the highest density regions in our galaxy.

A half of the cluster’s mass is concentrated within a region 17.4 light years in diameter. The stars in this region are greatly affected by proximity to other stars as there is a high rate of interaction and mass transfer. As a result, there is a considerable number of binary stars and blue stragglers in the cluster.

Binary systems are created by interactions between stars, while blue stragglers, old stars that appear bluer and younger than they are, are formed either in near head-on collisions or in binary systems where the less massive star steals hydrogen from the more massive one.

The brightest red giant stars in M30 have a visual magnitude of 12.1, while the cluster’s brightest horizontal branch giants are of magnitude 15.1. The cluster contains 12 known variable stars.

Messier 30 was discovered by Charles Messier on August 3, 1764. Messier included the object as the 30th entry in his catalogue thinking it was a nebula:

In the night of August 3 to 4, 1764, I have discovered a nebula below the great tail of Capricornus, & very near the star of sixth magnitude, the 41st of that constellation, according to Flamsteed: one sees that nebula with difficulty in an ordinary [non-achromatic] refractor of 3 feet [FL]; it is round, & I have not seen any star: having examined it with a good Gregorian telescope which magnifies 104 times, it could have a diameter of 2 minutes of arc. I have compared the center with the star Zeta Capricorni, & I have determined its position in right ascension as 321d 46′ 18″, & its declination as 24d 19′ 4″ south. This nebula is marked in the chart of the famous Comet of Halley which I observed at its return in 1759.

William Herschel identified M30 as a star cluster in 1783. He offered the following description:

Connoiss. 30 is “A brilliant cluster, the stars of which are gradually more compressed in the middle. It is insulated, that is, none of the stars in the neighborhood are likely to be connected with it. Its diameter is from 2’40” to 3’30”. The figure is irregularly round. The stars about the centre are so much compressed as to appear to run together. Towards the north, are two rows of bright stars 4 or 5 in a line.”

In this accumulation of stars, we plainly see the exertion of a central clustering power, which may reside in a central mass, or, what is more probable, in the compound energy of the stars about the centre. The lines of bright stars, although by a drawing made at the time of observation, one of them seems to pass through the cluster, are probably not connected with it. 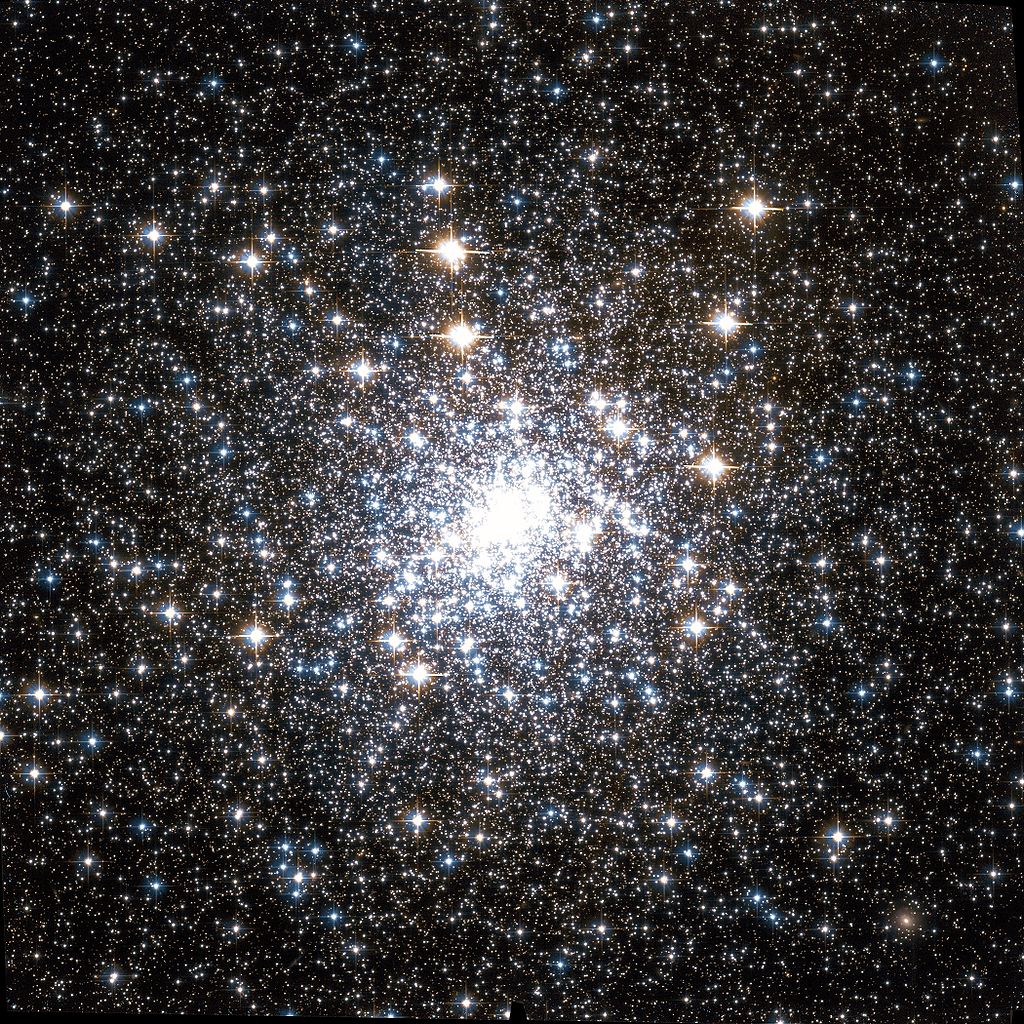 Admiral William Henry Smyth observed M30 in September 1836 and provided a longer description of the cluster:

A fine pale white cluster, under the creature’s caudal fin, and about 20 deg west-north-west of Fomalhaut, where it precedes 41 Capricorni, a star of 5th magnitude, within a degree. This object is bright, and from the straggling streams of stars on its northern verge, has an elliptical aspect, with a central blaze; and there are but few other stars, or outliers, in the field.

When Messier discovered this, in 1764, he remarked that it was easily seen with a 3 1/2-foot [FL] telescope, that it was a nebula, unaccompanied by any star, and that its form was circular. But in 1783 it was attacked by WH [William Herschel] with both his 20-foot Newtonians, and forthwith resolved into a brilliant cluster, with two rows pf stars, four or five in a line, which probably belong to it; and therefore he deemed it insulated. Independently of this opinion, it is situated in a blankish space, one of those chasmata which Lalande termed d’espaces vuides, wherein he could not perceive a star of the 9th magnitude in the achromatic telescope of sixty-seven millimétres aperture. By a modification of his very ingenious gauging process, Sir William considered the profundity of this cluster to be of the 344th order.

Here are materials for thinking! What an immensity of space is indicated! Can such an arrangement be intended, as a bungling spouter of the hour insists, for a mere appendage to the speck of a world on which we dwell, to soften the darkness of its petty midnight? This is impeaching the intelligence of Infinite Wisdom and Power, in adapting such grand means to so disproportionate an end. No imagination can fill up the picture of which the visual organs afford the dim outline; and he who confidently probes the Eternal Design cannot be many removes from lunacy. It was such a consideration that made the inspired writer claim, “How unsearchable are His operations, and His ways past finding out!” 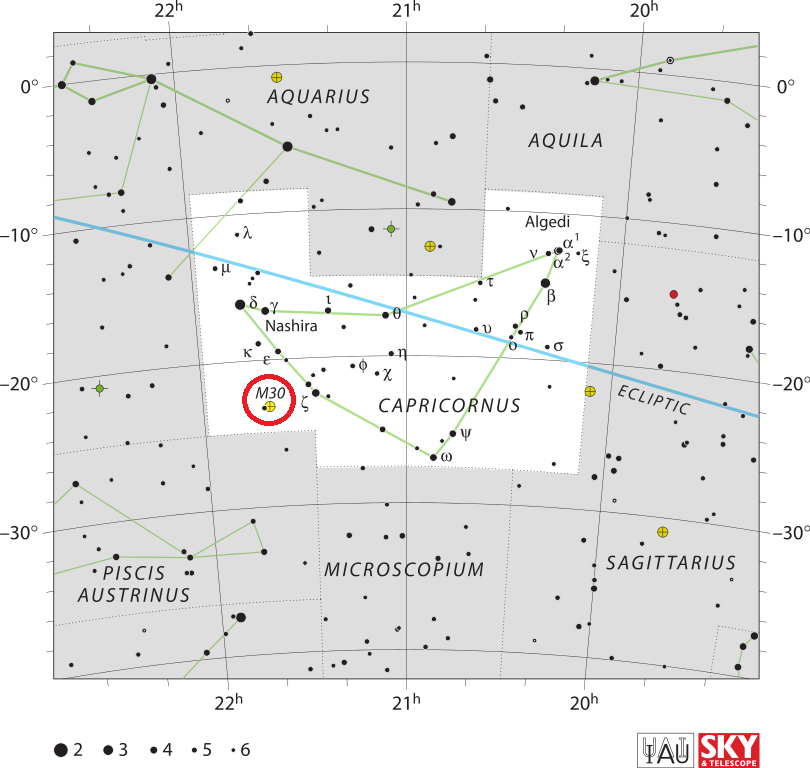