Messier 109 (M109) is a barred spiral galaxy located in the constellation Ursa Major. The galaxy lies at a distance of 83.5 million light years and has an apparent magnitude of 10.6. It has the designation NGC 3992 in the New General Catalogue.

Messier 109 occupies an area of 7.6 by 4.7 arc minutes of apparent sky, corresponding to a linear diameter of 180,000 light years. The galaxy can be seen in large binoculars in exceptionally good conditions. 4-inch telescopes show a hazy streak of light, while 6-inch instruments reveal the galaxy’s nucleus surrounded by nebulosity. Only the galaxy’s bright central region with the bar can be seen visually. Messier 109 is located only 40 arc minutes southeast of the magnitude 2.44 star Phecda, Gamma Ursae Majoris, the star marking the bowl of the Big Dipper toward the handle. The best time of year to observe M109 is during the spring. 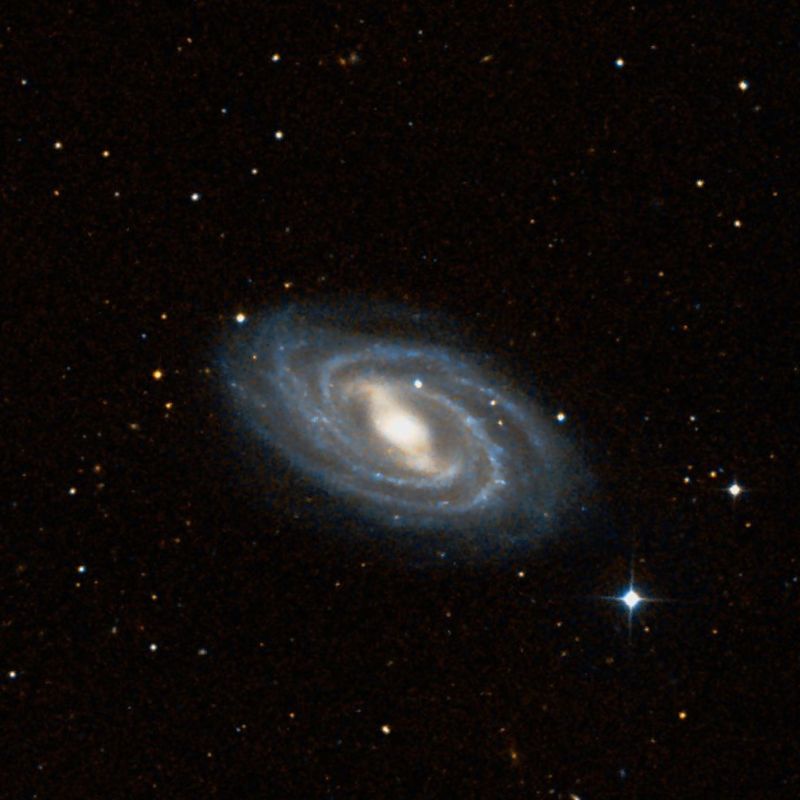 A Type Ia supernova was observed in M109 on March 17, 1956. Designated as SN 1956A, the supernova occurred in the southeast part of the galaxy, peaking at magnitude 12.3.

Messier 109 was probably discovered by Charles Messier in the spring of 1781 while checking the position of two objects discovered by Pierre Méchain, who had found three objects in this region of the sky. Messier only determined the position for M97, the Owl Nebula, and mentioned the other two in his description. He added M109 to his personal copy of the catalogue in 1783, describing it as a “nebula near Gamma UMa, same right ascension a bit near this star and 1 deg… more south. Discovered by M. Méchain on March 12, 1781.”

Pierre Méchain mentioned M109 in a letter to Johann Bernoulli dated May 6, 1783:

A nebula near Beta in the Great Bear. Mr. Messier mentions, when indicating its position, two others, which I also have discovered and of which one is close to this one [Messier 108], the other is situated close to Gamma in the Great Bear [Messier 109], but I could not yet determine their positions.

Owen Gingerich identified M109 as NGC 3992 and the object was officially included in the Messier Catalogue in 1953, together with M108. Gingerich wrote:

Although Flammarion found Messier’s notation of the position of the nebula near Gamma Ursae Majoris […] he made no attempt to number it, and because Méchain did not give precise positions, Dr. Hogg omitted identifications of this and the other nebula near Beta Ursae Majoris. From my study of this region, the nebula near Beta is unambiguously NGC 3556, while an examination of the critical limiting magnitude of the catalogue indicates that the one near Gamma must be NGC 3992, a fact confirmed by the position Messier added to his personal copy. Thus, if the objects from M104 to M107 are included, it seems logical to me to number NGC 3556 and NGC 3992 as M108 and M109 respectively, especially as they are mentioned in the original catalogue.

However, in October 2006, Henk Bril, a member of the Royal Dutch Association for Meteorology and Astronomy, investigated the maps of Fortin’s atlas of 1795 and discovered that the object seen by Pierre Méchain was not NGC 3992, but NGC 3953, a neighbouring member of the M109 Group. In spite of this, NGC 3992 is still accepted as M109 and now considered one of Messier’s original discoveries. 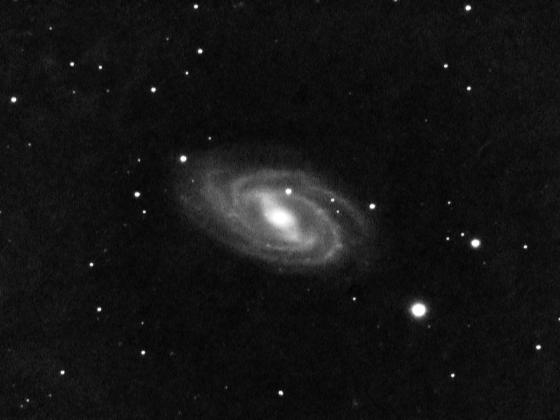 William Herschel discovered M109 independently on April 12, 1789 and added it to his catalogue as H IV.61. Herschel misidentified the object as a planetary nebula, noting:

John Herschel catalogued the object as h 1030 and later added it to his General Catalogue as GC 2635, describing it as “considerably bright; very large; pretty much extended; suddenly brighter to the middle where there is a bright mottled nucleus.”

Heber Curtis photographed the galaxy with the Crossley reflector at the Lick Observatory and noted:

A beautiful, slightly oval spiral 7′ in length. Bright, almost stellar nucleus; whorls are rather open and show a number of faint condensations; the central portions show signs of Phi-type formation [the bar]. 20 s.n. 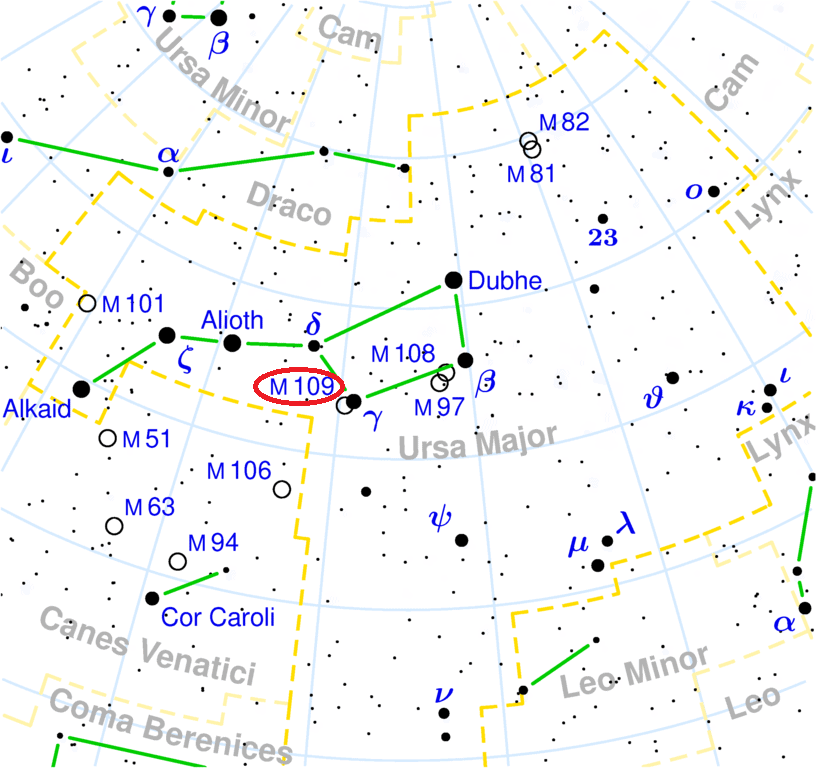